ARSHAY COOPER is a Benjamin Franklin award-winning author, a Golden Oar recipient for his contributions to the sport of rowing, a motivational speaker, and an activist, particularly around issues of accessibility for low-income young people. He is currently based in New York City.

Arshay grew up on the West Side of Chicago, witnessing family and friends become products of their environment. But a chance encounter changed Arshay’s life. In 1997, he joined (and later became captain of) the first African American high school rowing team at Manley High School, an experience which catapulted Arshay out of the West Side. He dedicated two years of his life to AmeriCorps, focusing on diversity and inclusion, and soon thereafter attended Le Cordon Bleu, becoming a personal chef for hotels and professional athletes.

After years of working in the food service industry, Arshay returned to his true passion, working with young people. He coached rowing at the Chicago Urban Youth Rowing Club and worked as the youth program director for the Victory Outreach's Midwest/Gulf Coast region, recruiting young people of color to the sport. Arshay has also started several rowing programs for low-income children across the country, including The East Side Indoor Rowing afterschool program for New York City 7th to 12th graders.

A Most Beautiful Thing is based on his memoir, Suga Water, which Flatiron will republish in July 2020 under the new title A Most Beautiful Thing. Seeking to share his experience, Arshay now travels the country speaking at events and venues far and wide, from prisons to colleges to professional sports teams. 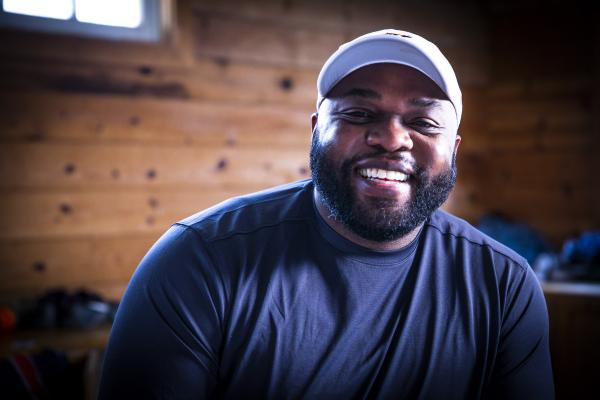