"We live in a box of space and time. Movies are windows in its walls. They allow us to enter other minds, not simply in the sense of identifying with the characters, although that is an important part of it, but by seeing the world as another person sees it."
— Roger Ebert

As the first film critic to receive the Pulitzer Prize and a star on the Hollywood Walk of Fame, Roger Ebert’s love of writing and film followed him throughout the entirety of his life. At a young age, Roger’s love of writing became apparent as he edited and produced his own local paper named after the street he lived on in Urbana, Illinois. Roger’s journey did not stop there as his talent for writing led him to become an editor for his school paper and The News-Gazette during his high school years. College was no different as Roger quickly rose through the ranks of the Daily Illini and became the editor in chief during his senior year.

Life as a film critic granted Roger great success. Alongside Gene Siskel, a film critic for the Chicago Tribune, their show “Siskel & Ebert” became an immediate hit. Though Siskel passed away in 2004 to cancer, his replacement Richard Roeper continued a successful show with Roger. While Ebert struggled with health issues, his love for writing and film never wavered. Accolade after accolade poured in to honor Roger for his contributions to both writing and film. After a lengthy battle with cancer, Roger passed away in April of 2013 at the age of 70. Though Roger’s reviews are greatly missed, his legacy lives on through his wife, Chaz Ebert (whom he married in 1992) and the festival itself.

Chaz and the Festival Committee have kept Roger Ebert’s Film Festival (Ebertfest) alive by continuing to offer praise and viewing opportunities of overlooked films with help from the College of Media at Illinois. 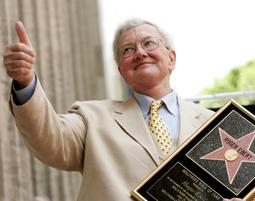