Charles Burnett (director) is a native of Vicksburg, Mississippi.

“Killer of Sheep,” his UCLA thesis film, won the Critics’ Prize at the Berlin Film Festival, won the first-place honor at the Sundance Film Festival, and was declared a “national treasure” by the Library of Congress. After winning a Guggenheim Fellowship in 1980, Burnett began work on his sophomore feature, “My Brother’s Wedding,” made in 1983.

In 1990 Burnett received a MacArthur Foundation Fellowship. That same year, he directed “To Sleep With Anger,” which won three Independent Spirit Awards: Best Director, Best Screenplay and Best Actor. “To Sleep With Anger” won the National Society of Film Critics Award for Best Screenplay, the Sundance Film Festival Special Jury Prize and the Los Angeles Film Critics Association Special Award. His next film, “The Glass Shield” (2000), is based on a true story of corruption and racism within the Los Angeles police force.

He directed the Disney Channel film “Nightjohn” in 1996. Based on the young adult novel by Gary Paulsen, “Nightjohn” is a period piece about a slave’s risky attempt to teach an orphan slave girl to read and write. The New Yorker film critic Terrence Rafferty called “Nightjohn” the “best American movie of 1996.” Among its many accolades, the film received a 1997 Special Citation Award from the National Society of Film Critics “for a film whose exceptional quality and origin challenge strictures of the movie marketplace.” Also in 1997, Burnett was honored by the Film Society of Lincoln Center and the Human Rights Watch International Film Festival with a retrospective of his work entitled “Witnessing for Everyday Heroes.”

Burnett and Dai Sil Kim-Gibson worked together directing the documentary “American Becoming,” a survey about new arrivals to America who are changing the nation’s image. Other films he directed include “The Wedding,” “Selma, Lord, Selma,” “The Annihilation of Fish,” “The Blues,” “Nat Turner: A Troublesome Property” and “Namibia: The Struggle for Liberation.”

He is also the recipient of the prestigious Horton Foote Award for Screenwriting.

Nobel laureate Toni Morrison organized and hosted a retrospective of Burnett’s work at the Louvre. His classic film “Killer of Sheep” was re-released nationally in 2007 to critical acclaim. Time magazine proclaimed it to be one of the “25 Most Important Films on Race.”

In April 2011, the Museum of Modern Art in New York had a retrospective of Burnett’s body of work, “The Power to Endure.” It corresponded to the publication of a collection of interviews of Burnett by Robert E. Kapsis.

Burnett received a B.A. and M.F.A. from UCLA’s School of Theater, Film and Television. 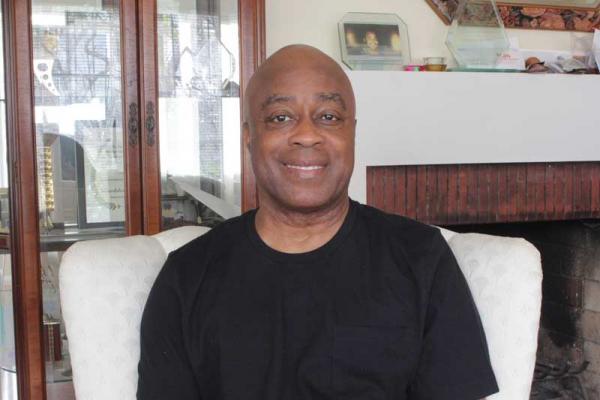