Gina Gershon has enjoyed a prolific and diverse career in entertainment, earning acclaim as a film, television and stage actor, as a singer/songwriter/musician, and as an author. Gina is currently recurring on CW’s “Riverdale” playing Gladys Jones, Jughead’s mother, and she additionally just wrapped a role on the CBS All-Access series THE GOOD FIGHT. Gina also recently completed a residency at the famed Café Carlyle where she performed her musical act “Wild Women Don’t Get the Blues” to rave reviews. She’s acted in over 50 films including “Blockers”, “Permission” which premiered at the Tribeca Film Festival, “Killer Joe” (she won Best Supporting Actress at Toronto Film Festival), “Face/Off”, “Bound”, “Showgirls”, “The Player”, “Prey for Rock & Roll”, and Michael Mann’s Oscar-nominated film “The Insider.” In TV, she can be seen in TV Land’s “Younger”,  Judd Apatow’s “Crashing”, the hit Amazon series “Red Oaks”, “Curb Your Enthusiasm”, and “House of Versace”, where she portrayed Donatella Versace. Her Broadway credits include starring in the Stephen King/John Mellecamp/ T Bone Burnett musical “Ghost Brothers”, “Bye Bye Birdie” and Sam Mendes’ “Cabaret” and Matthew Warchus’ “Boeing Boeing with Mark Rylance ”, both of which won Best Revival at the Tony Awards. Off-screen, she co-wrote the fiction novel “Camp Creepy Time” with her brother Dann and then “In Search of Cleo: How I Found My Pussy and Lost My Mind”. Gershon released her debut album, “In Search of Cleo” in 2007. She has played the Jew’s Harp on several albums, one being Herbie Hancock’s Grammy-winning “Reflections”. She has frequently collaborated with Christian McBride and she performed the first Jew’s Harp solo ever in Carnegie Hall for Sting’s Rainforest Benefit Concert. 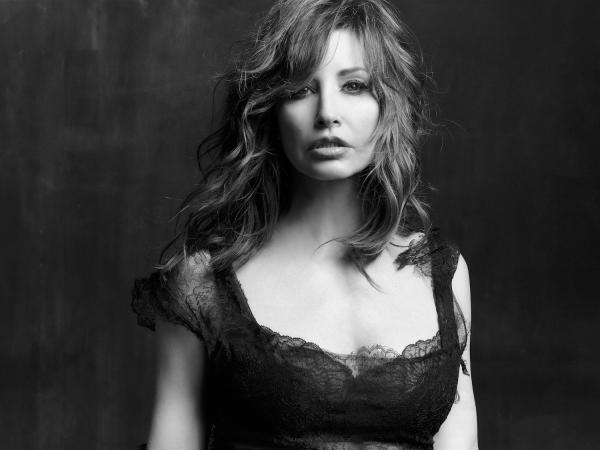