Huppert studied Russian at Langues O, the French National Institute for Oriental Languages and Civilizations. She simultaneously attended classes at the National School for Theater Arts and Techniques (or École de la rue Blanche) and the National Academy of Dramatic Arts, where she was a student of Jean-Laurent Cochet and of Antoine Vitez.

In film, she was first noticed for her performances in Bertrand Blier’s “Going Places,” in “Aloïse,” directed by Liliane de Kermadec and in “The Judge and the Assassin” by Bertrand Tavernier. Her performance in Claude Goretta’s “The Lacemaker” earned her the British Academy of Film and Television (BAFTA) Award for Most Promising Newcomer to Feature Films. It was her close relationship with Claude Chabrol that allowed her to tackle a wide variety of film genres: comedy (“The Swindle”), drama (“Story of Women”), film noir (“Merci pour le chocolat”), literary adaptation (“Madame Bovary”) and even political fiction (“Comedy of Power”). Under his direction, she received a number of awards for her film performances: Best Actress at the Cannes Film Festival for “Violette Nozière,” at the Venice Film Festival for “Story of Women” and “The Ceremony,” at the Moscow International Film Festival for “Madame Bovary” and also the César for Best Actress for “The Ceremony.”

The Venice Film Festival gave her a special jury Lion d’Or for her performance in Patrice Chéreau’s “Gabrielle” and for her entire body of work.

At the Cannes Film Festival, she twice received the Best Actress Award and has been a Cannes jury member and mistress of ceremonies. She was president of the jury for the 62nd edition of the prestigious festival.

In parallel with the cinema, Isabelle Huppert has pursued her theatrical career in France and internationally. She has acted under the direction of Bob Wilson (Virginia Woolf’s “Orlando”, Heiner Müller’s “Quartet”), of Peter Zadek (Shakespeare’s “Measure for Measure”), of Claude Régy, (“4.48 Psychosis” by Sarah Kane, Paul Claudel’s “Joan of Arc at the Stake”). She has also played Euripides’ “Medea”, directed by Jacques Lassalle, most notably at the Avignon Festival; “Hedda Gabler” by Henrik Ibsen, directed by Eric Lacascade; “A Streetcar”, director Krzysztof Warlikowski’s spin on Tennessee Williams “A Streetcar Named Desire”, at the Odéon Theater and on tour throughout Europe and internationally; “The Maids” by Jean Genet directed by Benedict Andrews with Cate Blanchett at the Sydney Theatre Company and at New York’s City Center in conjunction with the Lincoln Center Festival and “Les Fausses Confidences” by Marivaux directed by Luc Bondy at the Odéon Theater and on tour throughout Europe. This season, she is playing Phaedra(s) by Wajdi Mouawad, Sarah Kane and J. M. Coetzee, by director Krzysztof Warlikowski at the Odéon Theater, the BAM in New York this September and on tour throughout Europe and internationally.

Several of her films have recently been released: “Things to Come” by Mia Hansen Love, “Tout de suite maintenant" by Pascal Bonitzer and “Elle” by Paul Verhoeven, presented at the 2016 Cannes Film Festival. “Souvenir” by Bavo Devurne will be released at the end of the year. She is currently shooting her fourth film with Michael Haneke, “Happy End”. 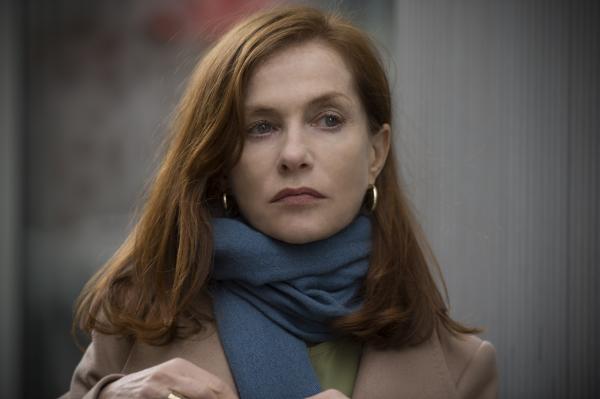