Martha Coolidge is one of America’s most distinguished directors, and is an important trailblazer for women entering the industry. Her award winning films led her from indies and documentaries in New York to Los Angeles to follow her dreams. Her Hollywood career began with her cornerstone hit comedies Valley Girl and Real Genius, introducing newbies Nick Cage and Val Kilmer who took the country by storm and put themselves and Ms. Coolidge on the map.

Her films have continued to introduce and develop new stars like James Gandolfini in Angie, and Halle Berry in Introducing Dorothy Dandridge. Halle won an Emmy, Golden Globe, SAG, and NAACP, and the film won five of 11 Emmys. Laura Dern and her mother, Diane Ladd, stared in Rambling Rose with the great Robert Duvall. Laura and Diane were each nominated for Academy Awards, and two Golden Globes, plus the film won three, of five, IFP SPIRIT AWARDS; Best Director for Ms. Coolidge, Best Picture and Best Supporting Actress for Ms. Ladd. In If These Walls Could Talk, II Coolidge created a ground breaking love story with Michelle Williams and Chloe Sevigny, and received her second DGA nomination. In The Prince & Me Julia Styles struggles with love when she falls for a Crown Prince, and in American Girl: Chrissa Stands Strong the wonderful young cast had girls in their first parts. This included Kaitlyn Dever, who quickly became a young star and Ms Coolidge was nominated for her third DGA Award. Recently Ms. Coolidge directed an episode of Sirens, a new series about a seaside village that discovers dangerous mermaids, airing this spring, Madam Secretary with Tia Leone, and Angie Tribeca produced by Steve and Nancy Carell, staring Rashida Jones, who got her first part from Coolidge.

Now Ms. Coolidge is in post on Music, War & Love a love story feature set in Poland and Germany, 1933 through WW II. Young lovers are separated when Nazis drag Rachel, a violinist, played by Adelaide Clemens, and family to Aushwitz. Robert, a catholic singer, played by Leo Suter, swears he will find her. Benno, a famous, playboy tenor, Stellan Skarsgard, courageously helps him find her. The catastrophic disintegration of the cities and culture shows ways the war damaged people and their lives that has never been seen before in film. In New York Robert and Rachel finally find each other and their hope and love rises again. “It’s a story about survival, resilience, compassion and courage.” says Coolidge. “It carries an important message for us about confronting prejudiced, angry authority and standing up for beliefs.”

Ms. Coolidge is interested in how media will change in the future. In 2012, she directed the first long form, internet horror series for Crackle, The Unknown, with Dominic Monaghan and Tony Goldwyn. She is currently developing several feature scripts and a TV show with wide ranging historic and science fiction interest.

Coolidge is a Professor of Directing at Chapman University and contributes to the film community in LA, including serving on boards of the Academy of Motion Pictures, DGA, AFI, Women in Film, Rhode Island School of Design, and committees for NYU-Tish, UCLA and USC. Years committed to her union got her elected in 2001 as the first and only woman president of the Director’s Guild of America. She won their distinguished Robert Aldrich Award and continues to help the guild. She won the WIF Crystal Award, and many others. She is married to award winning Production Designer James Spencer, they have one son and raises horses. 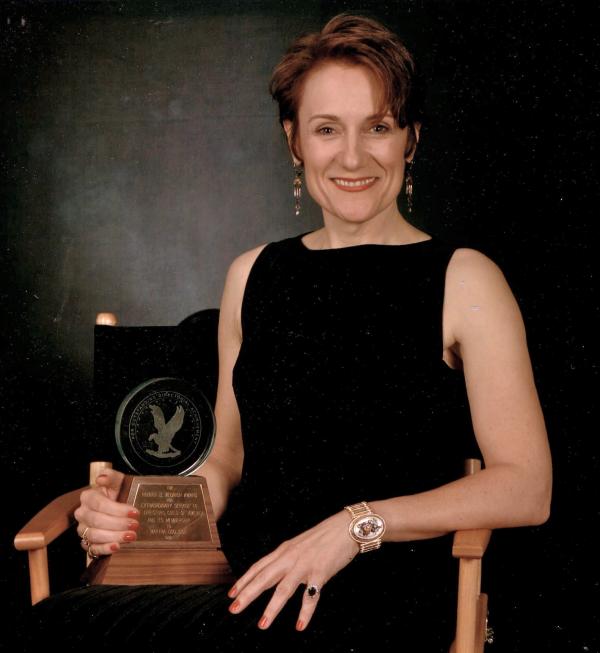