He has teamed with writers/directors Robert Benton and David Mamet three times apiece. For the former, he executive produced “Places in the Heart” (which won 2 Academy Awards), “Nobody’s Fool,” and “Twilight.” For the latter, he produced “House of Games,” “Things Change,” and “Homicide.” His many features as producer also include Elaine May’s “Mikey and Nicky”; Robert M. Young’s “Rich Kids,” and “The Ballad of Gregorio Cortez”; Richard Pearce’s “Heartland,” “No Mercy,” and “A Family Thing” (the latter two as executive producer); Mike Nichols’ “Silkwood”; Eugene Corr’s “Desert Bloom”; and Jay Roache’s telefilm “Recount,” for which Mr. Hausman received the Emmy Award in the Outstanding Made for Television Movie category. He has also been executive producer of such notable films as Sydney Pollack’s “The Firm,” Martin Scorsese’s “Gangs of New York,” Steven Zaillian’s “All the King’s Men,” and, also for Focus Features, Ang Lee’s “Brokeback Mountain.” He first worked with Focus Features on Michael Gondry’s “Eternal Sunshine of the Spotless Mind.”

While continuing his producing career, he is a member of the board of directors of DuArt Laboratories, teaches at Columbia University’s Graduate Film School, and is co-chair of the producing concentration of Cuba’s EICTV (International School of Film and Television). Mr. Hausman graduated from Cornell University. 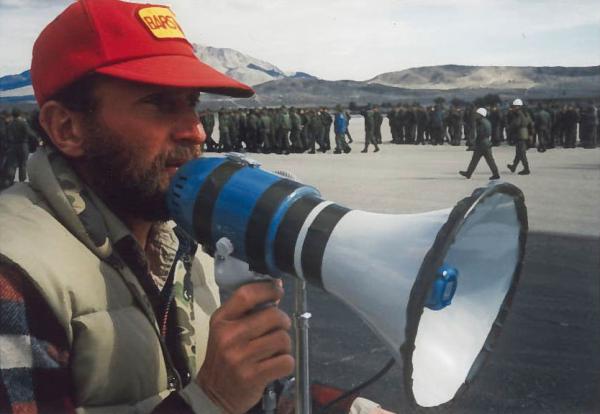