Professor Miguel Alcubierre was born in Mexico City in 1964. He obtained his physicist degree from the National University in Mexico (UNAM) in 1988, and a Ph.D. in physics from the University of Wales in 1994. He later worked for several years at the Max Planck Institute for Gravitational Physics in Potsdam, Germany, conducting research in black hole physics. In 2002 he joined the Nuclear Sciences Institute at UNAM, where he is a full professor, and its director since June 2012.

His research is in the area of numerical relativity, which is concerned with the computational simulation of astrophysical systems using Einstein’s theory of general relativity. In this area, he has concentrated on the study of sources of gravitational waves, particularly black hole collisions. He is the author of more than 50 publications, as well as a textbook published by Oxford University Press.

Alcubierre has a keen interest in the popularization of science. He has written several articles and given over 80 popular science talks. In 2009 he was awarded the Medal for Merit in Science by the Legislative Assembly of Mexico City. In 2014 he participated—together with a group of nine Mexican artists—in a project called “Matters of Gravity,” which consisted of a parabolic flight out of Star City in Moscow and a subsequent artistic exposition inspired by that experience. 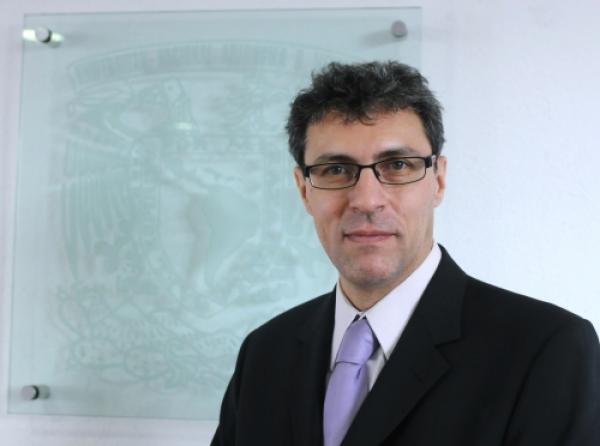